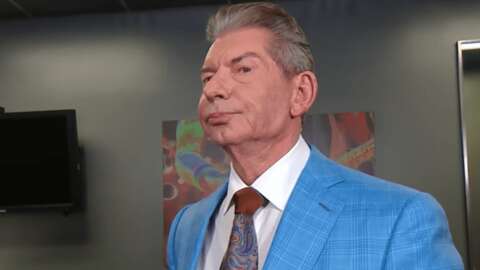 WWE and its Board of Directors have announced that a Special Board Committee is conducting an investigation into the alleged misconduct of its Chairman and CEO Vince McMahon and John Laurinaitis, Head of Talent Relations. McMahon will temporarily step down. Although the investigation also names Laurinaitis as a person of interest, there is no mention of him leaving his post at this time.

At the start of the week, the the wall street journal reported that WWE had launched the investigation, which involved millions of dollars in silent payments to women with whom McMahon allegedly had an affair. The allegations were made after the board was contacted by someone who knew an employee who left the company this year and was awarded three million dollars for her silence. According to the report, he also uncovered other payments and legal settlements with other women over the decades.

In response, the Special Committee named Stephanie McMahon as interim CEO and interim president of WWE. “I love this company and am committed to working with the independent directors to strengthen our culture and our business,” Stephanie said in a statement. “It is extremely important to me that we have a safe and collaborative workplace. I am committed to doing everything in my power to help the special committee complete its work, including enlisting the cooperation of all company to help complete the investigation and implement its findings.”

In May, Stephanie left her position as CBO to take care of personal and family matters. It had been speculated that her husband and former WWE executive Paul Levesque, aka Triple H, had serious health issues after suffering heart failure in September. WWE made no mention of Stephanie’s departure or any public statement, and the reasons for leaving were debated.

Although WWE shares are publicly traded, Vince McMahon effectively controls the company, WWE securities filings show. In March, he owns the majority of the company’s Class B shares, giving him about 80% of the votes.

Although Vince has stepped down for the time being, he still remains at the creative helm and will retain his role and responsibilities related to this content. Shortly after WWE announced that McMahon was stepping down as CEO, another press release announced that he would be making a public appearance and addressing WWE fans tonight on Smackdown.

WWE and the Board expect no further comment until the investigation is complete.