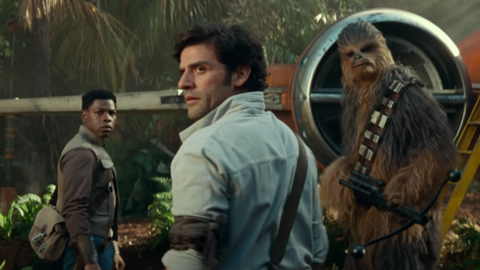 The Star Wars film series hasn’t seen a new release since 2019’s The Rise of Skywalker, and the entire series is now said to be on “pause”. But what is the status of the film franchise going forward? Lucasfilm President Kathleen Kennedy said vanity lounge that the company has a “roadmap” for the future of Star Wars movies, but the report says fans shouldn’t expect the cadence of new entries to be as “relentless” as it has been in the past.

According to the report, the new Star Wars film from Thor: Ragnarok director Taika Waititi will “probably” be the first, followed by the new Rogue Squadron film from Wonder Woman director Patty Jenkins. There are no release dates for these films, however, and times can always change anyway.

Other new Star Wars movies in the works include one to be executive produced by Marvel’s Kevin Feige, but Kennedy hinted that wasn’t a sure thing. “I would love to see what movie he could come up with,” Kennedy explained. As for director Rian Johnson’s new Star Wars trilogy of The Last Jedi, Kennedy didn’t confirm anything about it, but explained that Johnson is very busy right now with Knives Out sequels and bigger projects. at Netflix, suggesting its Star Wars series is on the back burner.

“Rian has been incredibly busy with Knives Out and the deal he’s made with Netflix for multiple movies,” Kennedy said.

Game of Thrones creator DB Weiss and David Benioff were also making a Star Wars movie trilogy, but they’ve since ditched that for a deal with Netflix.

Kennedy also said she’s calmed down about announcing new Star Wars trilogies and now sees the series as an ongoing story. “I hesitate to use the word trilogies more because Star Wars is much more about persistent storytelling,” Kennedy said.

While the Star Wars movie series has slowed down lately, the same can’t be said for Star Wars TV shows on Disney+. The streaming platform already hosts live shows The Mandalorian and The Book of Boba Fett, while the Obi-Wan series will air later this month. New shows centered around Andor and Ahsoka are coming after that, along with a new one from Spider-Man director Jon Watts, and that’s just as far as live-action series go.