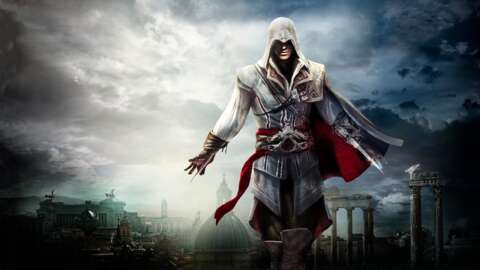 If you’re looking for something to play this weekend on Nintendo Switch, Ubisoft has launched a new sale on the Switch eShop. Ubisoft’s Mega May Sale is live until June 1st and offers deals on a wide variety of games from the studio, including Mario Kingdom Battle + Rabbids, South Park: The Fractured But Whole, Rising trialsand several Assassin’s Creed games.

Assassin’s Creed titles are the main highlights here. You can hang the Ezio-Collection–which comes with three games–for just $28. You can also take the rebel collection featuring Black Flag and Rogue for just $15. Meanwhile, the remastered version of Assassin’s Creed III is also on sale for $15.

Fans of card and board games in particular should take a closer look at the sale, as you’ll find various forms of UN on sale alongside Wheel of Fortune, Global risk dominanceand Trivial Pursuit Live.

Other highlights of the sale include Starlink: Battle for the Atlas for $12, Rising trials for $6, and a compilation featuring Child of Light and Valiant Hearts: The Great War for only $7.

All available discounts can be found on the official eShop website, although we’ve compiled a list of the best deals below.