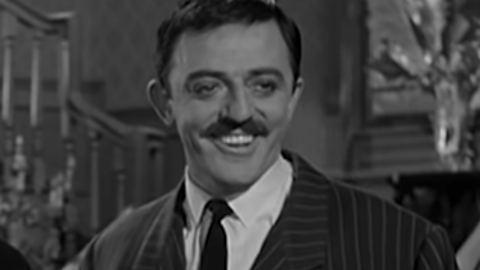 Actor John Astin has revealed he auditioned for the role of Gandalf in Peter Jackson’s The Lord of the Rings, saying in a new interview that he’s tested multiple times to play the wizard. He ultimately didn’t get the role, but his son, Sean Astin, would be cast as the hobbit Sam in a career-defining role, so the movie trilogy ends with an Astin.

Addressing the audiovisual clubAstin said he had an existing relationship with LOTR’s Peter Jackson and Fran Walsh after working with them on the 1996 horror film The Frighteners. After that, Astin auditioned for Gandalf, but despite his best efforts, Jackson and Walsh wanted to go in a different direction.

“I have tested several times for Gandalf [in Lord of the Rings]. The last test I did, they gave me something from the second book, and I studied it and found what I thought was a good interpretation, but it wasn’t at all what Peter and Fran wanted,” Astin said.

Due to his previous working relationship with Jackson and Walsh, Astin said he was confident he could ask them for another audition and they might have agreed. But the more he thought about it, Astin laughed that he wasn’t keen on spending much time riding in New Zealand.

Astin, 92, who starred in the original Addams Family as Gomez, is just the latest big-name actor to be in the mix for the role of Gandalf. Sean Connery, Patrick Stewart, Sam Neill and Christopher Plummer are all said to be in the running for the role. Ian McKellan would go on to land the role he is perhaps most famous for and which seems like a natural fit.

In other news, Amazon’s The Rings of Power premieres September 2 on Prime Video. Season 2 is already in the works and, in a big change, production is leaving New Zealand and will instead take place in the UK.