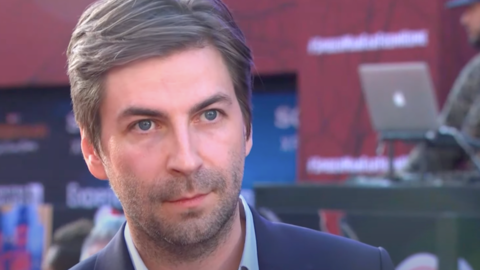 New information has been revealed about the new Star Wars TV series from Spider-Man director Jon Watts. According to Vanity Fairthe new show doesn’t yet have a title, but it’s in the works under the codename “Grammar Rodeo,” which references an episode of The Simpsons.

According to the report, the series is set after the events of Return of the Jedi during the “reconstruction following the fall of the Empire”. It would be in a similar timeline to The Mandalorian. Specific plot details for Watts’ new show, however, are under wraps at this time. However, the report says the series aims to be a “galactic take on” Steven Spielberg’s coming-of-age adventure films from the ’80s.

The report states that Watts created and serves as an executive producer of the show alongside writer Chris Ford; Watts and Ford worked together on Spider-Man: Homecoming. According to the report, Disney is making the call to cast four children in the series, ages around 11 or 12.

Vanity Fair isn’t crediting anything or anyone with information about Watts’ new Star Wars TV show, and it remains officially unannounced. Watts working on a Star Wars series is no surprise, because Discussion film reported in February this year that Watts was doing a Star Wars TV series.

Watts’ new Star Wars TV show, if real, would only be the last Star Wars series, following The Mandalorian and The Book of Boba Fett on Disney+. Disney’s next Star Wars show is Obi-Wan Kenobi, which premieres later this month. After that, Disney will release the shows Andor and Ahsoka.

As for what Watts will do next, he recently sold a movie to Apple Studios starring George Clooney and Brad Pitt playing “fixers” who are simultaneously hired for the same job. Watts will write and direct.

Watts directed the new Spider-Man movies starring Tom Holland which collectively grossed around $4 billion at the worldwide box office. Watts was lined up to direct the new Fantastic Four movie, but he’s now dropped out.