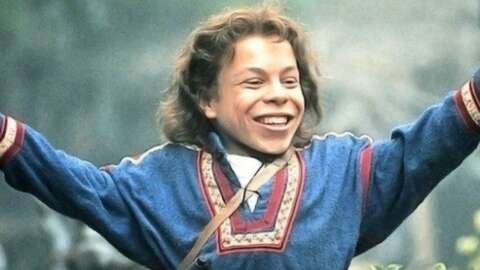 Star Wars Celebration may be the world’s premier Star Wars event, but galaxies far, far away aren’t the only thing on offer at the Anaheim Convention Center this year. During the Lucasfilm panel, a brief pause was put on Jedi and the Sith to reveal details of another Lucasfilm property: Willow, the upcoming TV show sequel to the 1988 dark fantasy film produced by George Lucas, directed by Ron Howard, and starring Warwick Davis.

The panel also included the launch of the first trailer. Check it now.

“Making the original movie was one of the best experiences of my life, and I’ve been in Star Wars,” Davis joked, referencing his time spent in the Star Wars universe playing everything from Ewoks to the Jedi Knights. And Davis isn’t the only one returning; Joanne Whalley will return to reprise her role as Sorsha. The show, according to Davis, wouldn’t have been done without her.

“I had heard rumors,” Whalley said, “over the years. Little whispers. But I never thought they were going to get along. It’s amazing to be here.”

The show is being developed by Jonathan Kasdan (Solo), who was also on hand to give some details. The series is set 20 years after the original film and will include new characters alongside familiar faces. Ruby Crus will play Kit, Sorsha’s daughter; Erin Kellyman as Jade, Kit’s best friend and aspiring knight; Ellie Bamber as Dove, a maid in love with Kit’s brother; and Willow’s daughter is played by Davis’ real-life daughter, Annabelle.

The show will arrive on Disney+ on November 30.