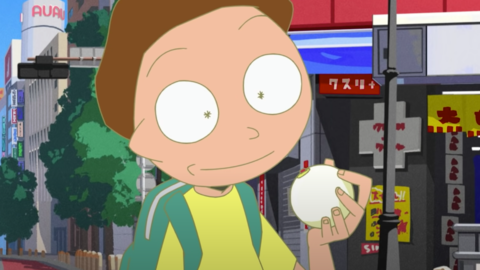 A Rick and Morty anime spinoff is in the works, Adult Swim announced today. The series comes from director Takashi Sano (Tower of God) and Adult Swim has ordered 10 episodes for the show, which is called Rick and Morty: The Anime.

Sano has experience in the Rick and Morty universe, having directed the animated shorts Rick and Morty vs. Genocider and Summer Meets God (Rick Meets Evil). These shorts have collectively reached more than 10 million views, Adult Swim said.

Rick and Morty: The Anime will be an “original work,” but it also draws on “themes and events” from the main series, according to The Hollywood Reporter.

“The overlapping multiverse exploits of Rick and the gang pose challenges to the family bond, but they always rise to the occasion,” Sano said. “It’s such a life-affirming show, and Jerry is no exception. I’m honored to have had the opportunity to tell a new story about this amazing family. I hope you enjoy their adventures! “

It’s not yet known when Rick and Morty: The Anime will be released, what the stories will be, or who will appear in the series.

Rick and Morty developing further in the anime is just the latest example of the show developing behind the show. There’s been a seemingly endless amount of merchandise, collaboration with Rainbow Six, and more.