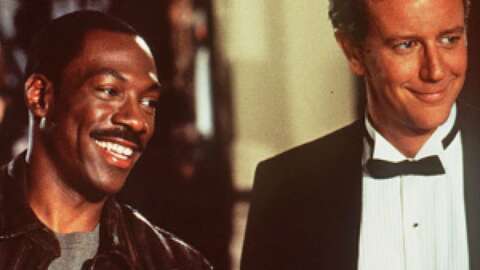 Reinhold, Ashton, Reiser and Pinchot will join a cast that would also include newcomers Joseph Gordon-Levitt (The Dark Knight Rises, Inception) and Taylour Paige (Zola, Ma Rainey’s Black Bottom). It has not been announced who each of these actors will play, or what side of the law they might be on.

As for the returning original cast, Reinhold and Ashton played Detective Billy Rosewood and Sergeant John Taggart, who were hired to follow Axel Foley as he tries to solve the murder of his best friend. Reiser played Detective Jeffrey Friedman and Pinchot portrayed fan-favorite Serge.

Beverly Hills Cop: Axel Foley is directed by Mark Molloy and written by Will Beall, with Murphy starring and producing alongside Jerry Bruckheimer, Chad Oman and Melissa Reid. Charisse Hewitt-Webster and Ray Angelic will serve as executive producers.

Beverly Hills Cop 4 has been in the works for several years. In June 2016, Belgian directors Adil El Arbi and Bilall Fallah were hired to direct, with production slated to begin in 2017. This, of course, did not happen and the duo made Bad Boys 4 Life and episodes of Ms. Marvel. Beverly Hills Cop 4 was originally announced in the mid-’90s and then again a decade later, with Rush Hour’s Brett Ratner initially lined up to direct. Several attempts have been made over the years to revive the action comedy franchise for television.

The original Beverly Hills Cop was released in 1984, and it was the most successful movie of that year. It was followed by two sequels in 1987 and 1994.

A spin-off from Ferris Bueller’s Day Off centering on the valets who recklessly drive Cameron’s Ferrari in the classic 1986 film is another recent – ​​and welcome – surprise addition to a previously popular film. The Ferris Bueller spin-off is said to be from Cobra Kai creators Jon Hurwitz, Hayden Schlossberg and Josh Heald.