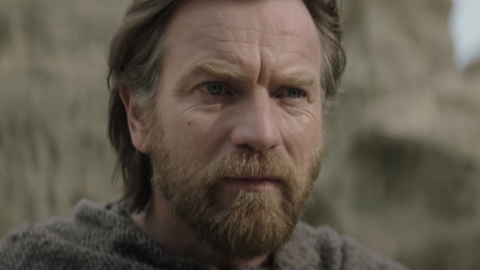 Disney’s Star Wars TV show Obi-Wan Kenobi just aired its sixth and final episode. Fans are wondering if there will be a season 2, and while that is yet to be confirmed, series stars Ewan McGregor and Hayden Christensen are set to reprise their roles.

McGregor, who plays Obi-Wan, said QG“I really hope we do another one. If I could do one once in a while, I’d just be happy.”

As for Christensen, who plays Darth Vader, he said Radio schedules that he would love to play the villain again in a potential Obi-Wan season 2 or something.

“Well, it was definitely meant as a standalone story. But I’d love to continue with that character. You know, I think there’s definitely more to explore and I’d be so excited to be able to do that,” said- he declared. If there were to be a season 2, Christensen said he would “definitely be open to” joining the cast.

Indeed, Obi-Wan Kenobi was presented as a mini-series and Disney / Lucasfilm has not yet given any indication of a second season.

Also in the GQ interview, McGregor talked about seeing Christensen as Vader in full costume for the first time. “I had a jolt of fear that took me back six years,” he said. “I had never experienced this before. I almost fucked my pants.”

As fans await word on a new season of Obi-Wan Kenobi, the next Star Wars TV series is Andor, which is a prequel to the Rogue One movie coming to Disney+ in August. A new season of The Mandalorian is also in the works for 2023.