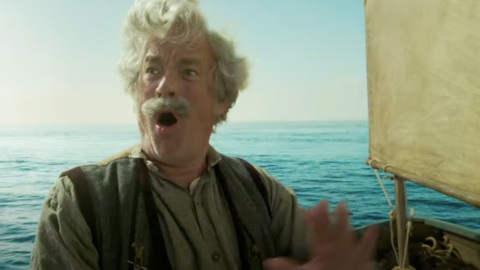 Disney has released a new trailer for its next big live-action adaptation, Pinocchio, showing Tom Hanks as Geppetto as he wishes a star could turn his wooden toy into a real boy.

The film, directed by Oscar-winning actor Robert Zemeckis (Forrest Gump, Back to the Future) will be released on September 8 on Disney+. Check out the trailer below.

Pinocchio’s fairy tale story is in the public domain, and Disney isn’t the only company working on a new movie. Guillermo del Toro is set to direct an animated version of Pinocchio for Netflix with a cast that includes Cate Blanchett, Ewan McGregor, Tilda Swinton, Christoph Waltz, and Ron Perlman, among others. In 2019, Italian director Matteo Garrone released a well-received Pinocchio movie based on the classic tale.

September 8 is not only the release date for Pinocchio, but it’s also the date for Disney+ Day 2022, and it’s one day before the start of D23 Expo. To celebrate, the streaming service will deliver special experiences for fans and subscribers, and preview new content from its flagship brands, including the return of Disney’s beloved franchise in all-new action in Live Pinocchio on Disney+ Day, September 8.” says Disney.