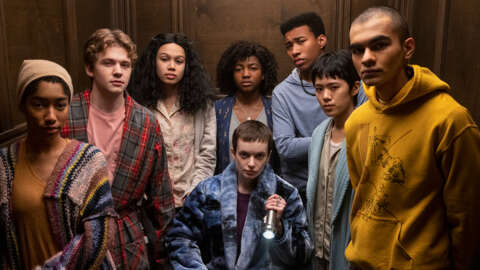 Christopher Pike’s Midnight Club comes to Netflix with contemporary horror master Mike Flanagan helming the series. The series is set at Brightcliffe Hospice, a care center allowing terminally ill teenagers to live out the rest of their lives on their own. Ilonka (Netflix’s #BlackAF’s Iman Benson) is a young girl who learns she has thyroid cancer and is unlikely to make it out alive. Upon joining the ranks of Brightcliffe, she will soon learn that the hospice has its own unique history.

Every night at midnight, eight of Brightcliffe’s teenagers sneak into the library to tell each other ghost stories – “ghosting” as they call it, in the hope of finding signs of afterlife. They are called the Midnight Club.

One night, they make a pact that the first to succumb to their illness is responsible for communicating with the others from beyond the grave. After the death of one of them, bizarre events begin. You can check out the first trailer below.

The ten-episode series premieres on Netflix on October 7, but will have its world premiere the day before at this year’s New York Comic-Con.