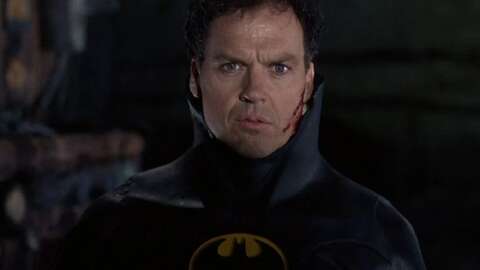 It’s been 30 years since Michael Keaton donned that Batman cape and cowl. After turning down the role of Batman/Bruce Wayne for a third outing in Batman Forever, it looked like the Oscar-nominated actor had put his days in the Batcave behind him.

After taking on the role of Adrian Toomes/Vulture in the MCU, Keaton is now looking to return to bats in Andy Muschietti’s upcoming Flash movie. Keaton teased fans February with a photo debut showing just the all-too-familiar silhouette of Batman.

Talk to VarietyKeaton explained that it was an easy decision to return to the role, but don’t expect him to know everything about the MCU, let alone the DCEU since he hasn’t seen them all.

“I know people don’t believe it, that I’ve never seen a full version of any of these movies…no Marvel movies, no other,” Keaton said. “And I’m not saying I don’t watch it because I’m nerd – believe me! It’s not that. It’s just that there’s very little I watch. I’m starting to watch something and I think it’s great and I’m watching three episodes, but I have other shit to do!”

DC’s The Flash solo movie has been going through the ringer for the past four years. When Andy Muschietti was hired as director in July 2019, the film was set to be released on July 1, 2022, it was later delayed to June 3, 2022. When Warner Bros. changed its release schedule due to the COVID-19 pandemic, it was moved to a November release. It’s set to hit theaters on June 23, 2023. However, there’s also the Ezra Miller situation that still needs to be answered and whether any reshoots will need to take place in the future.