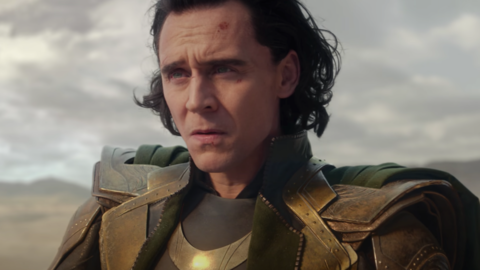 Marvel has confirmed that Loki is the most-watched Marvel TV show on Disney+. Marvel boss Kevin Feige made the announcement during Disney’s first steps this week, according to deadline.

He said Loki was a “bold swing” for the company, adding that “the mad dash paid off”. Production on Season 2 will begin in the coming weeks, Feige said. Loki is the first Marvel series on Disney+ to be picked up for a second season.

Tom Hiddleston, who plays Loki, returns for Season 2 alongside the rest of the main cast. Feige confirmed that Loki is the most-watched Marvel series on Disney+ so far, but he didn’t share any specific viewership numbers or data points. We also don’t know which show was previously the most watched.

Other Marvel TV series on Disney+ include WandaVision, The Falcon and the Winter Soldier, Hawkeye, Moon Knight, and What If…? Next up is Ms. Marvel, which premieres June 8.

Also during Disney’s upfront presentation this week, the company released the first trailer for the new Marvel TV series, She-Hulk: Attorney at Law. Tatiana Maslany plays Jennifer Walters AKA She-Hulk in the series where she works on superhuman special legal cases. It begins August 17.

As far as Marvel movies go, Doctor Strange in the Multiverse of Madness just surpassed $700 million at the worldwide box office, becoming the 16th Marvel movie to reach that milestone.