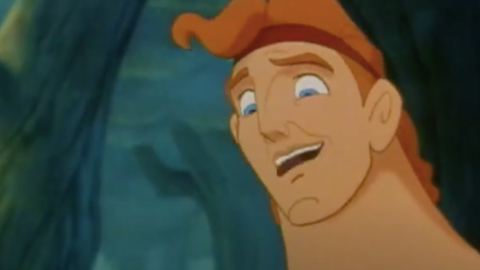 Disney has announced that Guy Ritchie, who directed 2019’s live-action Aladdin with Will Smith which grossed over $1 billion at the box office, is now lined up to direct another live-action movie from Disney. He will direct the live-action classic Disney animated film, Hercules.

ABGO, the production company headed by Avengers directors Joe and Anthony Russo, is producing the film. Deadline reports that Dave Callaham (Wonder Woman: 1984, Shang-Chi) has penned an early draft of the script and Disney is now finding more writers.

1997’s Hercules was directed by Ron Clements and Jon Musker. It was a musical that told the story of Hercules, voiced by Tate Donovan, and his fight against Hades, played by James Woods. Whether the new live-action version will also be a musical remains to be seen, but brothers Joe and Anthony Russo says Collider in 2020 that they hadn’t decided yet, although music will play a role.

Anthony Russo says Collider that he and his brother are “Hercules fanatics”. When they learned that Disney was interested in making a live-action film, they argued to executives that they were the right partners to produce it. “And here we are,” Anthony Russo said.

Their new live-action Hercules won’t be a “literal translation” of the animated film. They want to bring “something new to the table” with the film.

“We’re going to give you a different story. I think we’re going to do something that’s in the vein of the original and inspired by it, but we’re also bringing new elements to the table,” Anthony Russo said.

Hercules is just the latest classic Disney animated film to be turned into a live-action movie. Other upcoming projects include Pinocchio with Tom Hanks, Snow White with Rachel Zegler and The Little Mermaid with Halle Bailey as Ariel.