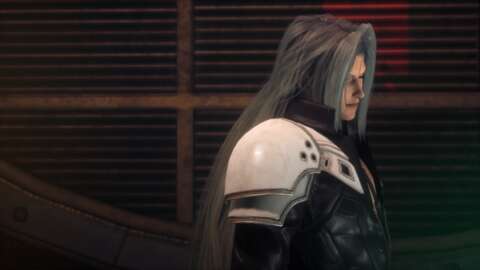 The sequel to Final Fantasy 7 Remake was previewed as part of Square Enix’s Final Fantasy 7 anniversary celebration. To end the stream, Square Enix provided our first look at Final Fantasy 7 Rebirth, the official title for what was previously known as Remake Part 2. It’s coming next winter to PlayStation 5, and you can watch the first trailer and check out some screenshots below.

As part of the announcement, Square also noted that this is the second entry in a trilogy, marking our first official understanding of how many parts this new FF7 series has. In a statement, creative director Tetsuya Nomura said development on Rebirth is “progressing rapidly since we adopted a new development structure” and some development for the third game is already underway as well.

Producer Yoshinori Kitase said that the second installments of the trilogies often become fan favorites, and “in the same vein, we aim to make Final Fantasy VII Rebirth an even more engrossing and memorable experience than Final Fantasy VII Remake”.

The trailer explored the cliffhanger left behind by the first game, with various characters exploring what it means now that fate has seemingly changed. This includes big questions, especially around Tifa, who asks very specific questions about her own fate. We also saw glimpses of Zack, who was teased as a possible inclusion in the first game.

Final Fantasy 7 Remake had been rumored and expected for years, even as Square Enix planned to split it into multiple parts. The result was surprising in a way fans might not have expected. The game deviated from Final Fantasy 7’s story in a key way that sets it apart. This trend continued with Final Fantasy 7 Remake: Intergrade, a side expansion featuring Yuffie that added even more detail to the FF7R lore.

While the first part was set almost exclusively in the megalopolis of Midgar, the second part seems likely to take place on the road, similar to how the original game opened after its first few hours. Director Tetsuya Nomura commented that the second part will have a “different atmosphere”. An open question about the second game has been how it will differ from the original story, after the first game’s cliffhanger ends.

Nomura said Rebirth is developed in such a way that you don’t need to have played the original Final Fantasy VII, or even necessarily have played Remake.

“Cloud and his friends are embarking on a new journey in this game, and I believe the scenes they witness after leaving Midgar will give players a new and fresh experience,” he said. “I look forward to sharing the intent behind the name of the first title, Remake, and the second title, Rebirth. Over time, I hope to reveal what the third title will be called and where this journey will ultimately lead.”

Final Fantasy 7 Remake originally released on PS4 in April 2020, with its PS5 upgrade coming over a year later on PS5, then later on PC (with a Steam Deck verified build launching on Steam this week). The winter release date window for Rebirth is wide and could mean we’ll see it anytime between December 2023 and roughly March 2024.