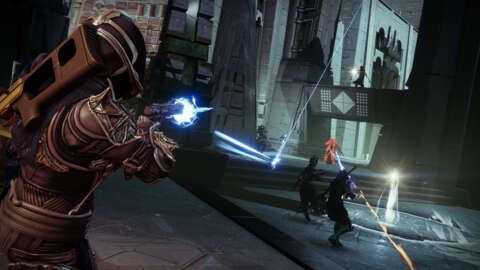 Bungie has made it clear that the next time Destiny 2 players play Iron Banner, one of its recurring competitive game modes, it will look and feel different. With Destiny 2’s Haunted Season, Iron Banner should look more like an event, and that starts with how often it occurs.

In the latest developer version This Week at Bungie post, he reiterated that Iron Banner would take place twice this season, on May 31 and again on July 12, as opposed to the usual three occurrences. Instead of taking place once a month throughout the season, the move reflects Bungie’s intention to “up the ante” behind Iron Banner. To match the grandeur, Valus Forge (formerly Iron Lord Saladin) will now be in the center of the tower where Event Vendor Eva Levante usually stands, rather than being pushed into a corner that players often overlook.

As previously reported by Bungie, Iron Banner will also feel almost entirely different. Iron Banner no longer has bounties to complete or tokens to turn in, and will instead have a reputation system and reward track similar to Shaxx and Saint-14 for Crucible and Trials of Osiris, respectively. While Iron Banner was the first competitive mode to enable power level perks, it now disables them in order to make it a more inviting event for all players. Iron Banner also received his own set of new Triumphs and an accompanying Seal that will unlock the Iron Lord title upon completion.

Additionally, this season of Iron Banner events reintroduces Rift, a game mode first introduced in Destiny’s first expansion, The Taken King. Rift will be exclusive to Iron Banner until Season of the Haunted and can be played on the new Disjunction PVP map, which was designed with Rift in mind. Rift will be available outside of Iron Banner during Season 18, which tentatively launches in August.

Iron Banner isn’t the only event getting a makeover this season, as Bungie has also detailed the changes coming to the Solstice event this summer. He also said that similar changes could come to the rest of Destiny 2’s seasonal events, although not all of those changes will necessarily happen this year.