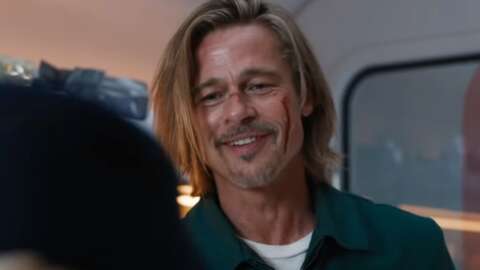 The release date for Sony Pictures’ upcoming action-comedy Bullet Train has been pushed back to August 5. The film’s debut date has already been changed several times, but as of this writing, this newly confirmed date should remain.

Brad Pitt stars in Bullet Train, playing an assassin who apparently likes to ride the bullet train. The story follows a group of five assassins on a high-speed train. Check out the first trailer for the film, which dropped in March.

Based on the book Bullet Train: A Novel by Kotaro Isaka–which follows five assassins on a bullet train–the film seems to follow the story of the novel, but focuses primarily on the character of Pitt, an assassin who does not no longer want to kill. A few of the other assassins we see in this trailer are Brian Tyree Henry (Atlanta, Eternals), Hiroyuki Sanada (Mortal Kombat, The Wolverine), Zazie Beetz (Atlanta, Deadpool 2) and Aaron Taylor-Johnson (Kick- Ass, Avengers: Age of Ultron).

Bullet Train was previously scheduled for a July 29 release, but has now been pushed back to its current August 5 release date.