Avatar 2 may lead a new theatrical push in 3D 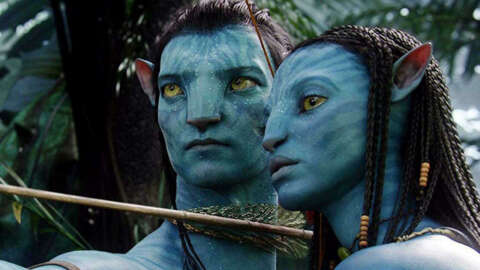 Avatar 2 could single-handedly revive moviegoers’ interest in 3D theatrical experiences, according to The Hollywood Reporter. The response to the long-awaited sequel has been astronomical, with the first trailer released earlier this month and within 24 hours reaching almost 150 million views.

The next blockbuster sequel, whose full name is Avatar 2: The Way of Water, is set to hit theaters on December 16, 2022. The movie will be massive for many reasons, but the confluence of a wait since 2009 for a proper sequel and with the first film in the franchise being the first time people wore 3D glasses, that means many in the industry are imagining both a resurgence of the 3D format and hopefully a bigger comeback for audiences in cinemas in general.

The Avatar 2 trailer first premiered ahead of Doctor Strange in the Multiverse of Madness screenings before going live, and The Hollywood Reporter says nearly 10% of moviegoers in North America have chose to pay 20-30% more for a 3D ticket, “an incredible leap for a format that many had abandoned even before the COVID-19 crisis.”

“At a time when people are used to being at home watching content, anything that encourages them to go to the movies has to be positive for us and for the industry in general,” says Tony Chambers, head of of worldwide film distribution at Disney. “It’s all about the experience. If done right, people will come out again and again. The message won’t be to see Avatar 2 in 3D but to see it for the experience.”

Jon Landau, producing partner of Avatar writer-director James Cameron, adds: “We believe 3D creates a more immersive experience in our narrative storytelling. We don’t play 3D as a world coming out of a window. We play it like a window to the world… We give people something they can’t get anywhere else.