American Horror Stories, What We Do In The Shadows and More FX Series Get Premiere Dates 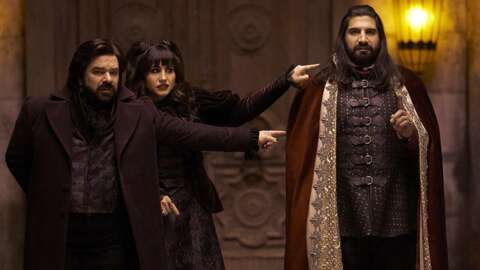 Summer hasn’t even started yet, but FX has announced premiere dates for eight new or recurring series – like American Horror Stories and What We Do In The Shadows – and, therefore, probably planted a flag in your plans for the next few months. Below, you can find synopses, start dates for FX’s upcoming slate — plus information on where these shows will all air or air.

One particularly pleasant surprise amid the announcements is the faster-than-expected return of vampire comedy What We Do in the Shadows, which will return for Season 4 on July 12. The season should be quite interesting and kind of work as a bit of a series reset. If you’re unaware of the show, miss out on some major spoilers: At the end of Season 3, the vampire core group all but split up and went their separate ways. Energy Vampire Colin Robinson is dead and reborn as a baby who, apparently, will be raised by Laszlo; Guillermo was tricked into visiting England with Nadja; Nandor goes its own way.

Shortly after, the second installment of the American Horror Stories anthology will premiere July 21 on Hulu. Last year, FX proclaimed Season 1 to be “the most successful FX series to date on Hulu.” As is usually the case with streaming platforms, it was unclear what this bragging about its content meant in terms of total viewership. But, American Horror Stories is a spinoff of Ryan Murphy and Brad Falchuk’s award-winning hit anthology series American Horror Story, so anticipation is high.

Check out a preview of all the other premieres below.